About everything in the world 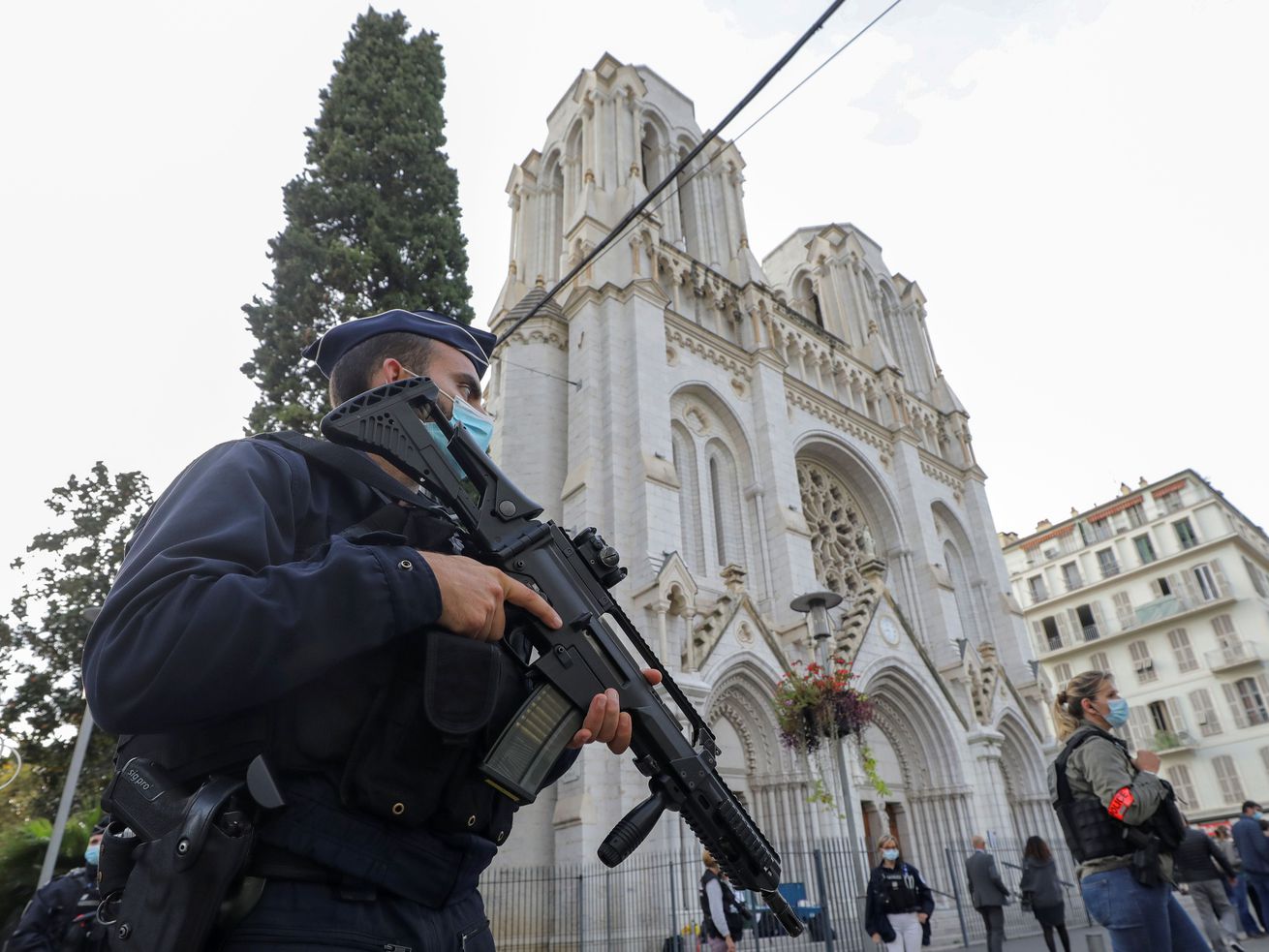 Three people were killed at the Notre Dame Basilica.

The killing of three people in southern France on Thursday has been deemed a terrorist attack by French officials — and it looks to be related to the country’s ongoing controversy over the public display of cartoons depicting Islam’s Prophet Muhammad and the government’s general approach toward Islam.

Around 9 am local time Thursday in Nice, an assailant used a knife to kill three people, two women and a man, at the Notre-Dame Basilica. One of the women died inside the church, as did the man; the second woman “fled to a nearby bar but was mortally wounded,” according to the AP.

Nice Mayor Christian Estrosi told reporters he believes the attack was perpetrated by an Islamist extremist. “He cried ‘Allah Akbar!’ over and over, even after he was injured” by police, Estrosi said. (“Allahu akbar,” Arabic for “God is great,” is a common expression used by Muslims, especially during prayers.) “The meaning of his gesture left no doubt,” Estrosi added.

The suspect is now in custody and has been hospitalized.

Two other incidents occurred on Thursday, the same day some Muslims observe Mawlid, a celebration of the Prophet Muhammad’s birthday. In Montfavet, also in southern France, a man was shot dead after threatening police with a handgun; in Saudi Arabia, a guard outside the French consulate in Jeddah was stabbed. The guard was hospitalized but his condition remains stable, the French embassy in Riyadh said in a statement, and the suspect has been arrested.

In response to the Nice attack and the other incidents, the French government raised the nation’s security alert to its highest level and increased the number of troops protecting schools and religious sites from 3,000 to 7,000. French President Emmanuel Macron, after visiting the scene in Nice, issued a stark message: “I say this with the outmost clarity — we will not give in to terrorism.”

Leaders in several Muslim-majority countries, including Saudi Arabia, Egypt, and the United Arab Emirates, have condemned the Nice attack. “Under no circumstances are these attacks justifiable,” Egypt’s highest religious authority, Al-Azhar, said in a tweet, calling them “inconsistent with the tolerant teachings of Islam and all divine religions.”

Earlier this month, a suspected Islamist extremist beheaded Samuel Paty, a 47-year-old secondary-school teacher, as he walked home from school. Days earlier, as part of a class discussion on freedom of speech, Paty had showed his 12- to 14-year-old students two caricatures of Muhammad that had been published by the satirical magazine Charlie Hebdo — the same images that inspired jihadists to kill 11 staff members at the magazine and six others in Paris in 2015.

Police found a Twitter account suspected of belonging to Paty’s attacker that featured a picture of the severed head along with a message: “I have executed one of the dogs from hell who dared to put Muhammad down.”

Macron’s government turned Paty into a freedom-of-expression hero. At a national memorial for the slain teacher last week, Macron said France “will continue the fight for freedom” and “intensify” efforts to end Islamist extremism in the country.

He also said France would continue to back anyone who wanted to display cartoons of Muhammad, noting his nation’s deep culture of secularism. Macron’s goal, as he describes it, is to create an “Islam of France” that aims to seamlessly integrate Muslims into French society.

Last week, French police raided numerous homes across the country as part of its probe into Paty’s killing. About 15 people have been taken into custody, and 51 Islamic organizations are under investigation.

The aftermath of Paty’s killing has rekindled a contentious debate in France about how to balance freedom of expression with respect for a religion. The Nice attack will only add fuel to the fire.

“The point of terrorism is to shock, incite tensions, and block this discussion,” said Charles Thépaut, a visiting fellow at the Washington Institute for Near East Policy, a think tank based in Washington, DC.

Estrosi, Nice’s mayor, has already called for a harsher government response. “Enough is enough,” he said. “It is now time for France to exempt itself of peacetime laws to permanently annihilate Islamo-facism from our territory.”

Help keep Vox free for all

Millions turn to Vox each month to understand what’s happening in the news, from the coronavirus crisis to a racial reckoning to what is, quite possibly, the most consequential presidential election of our lifetimes. Our mission has never been more vital than it is in this moment: to empower you through understanding. But our distinctive brand of explanatory journalism takes resources. Even when the economy and the news advertising market recovers, your support will be a critical part of sustaining our resource-intensive work. If you have already contributed, thank you. If you haven’t, please consider helping everyone make sense of an increasingly chaotic world: Contribute today from as little as $3. 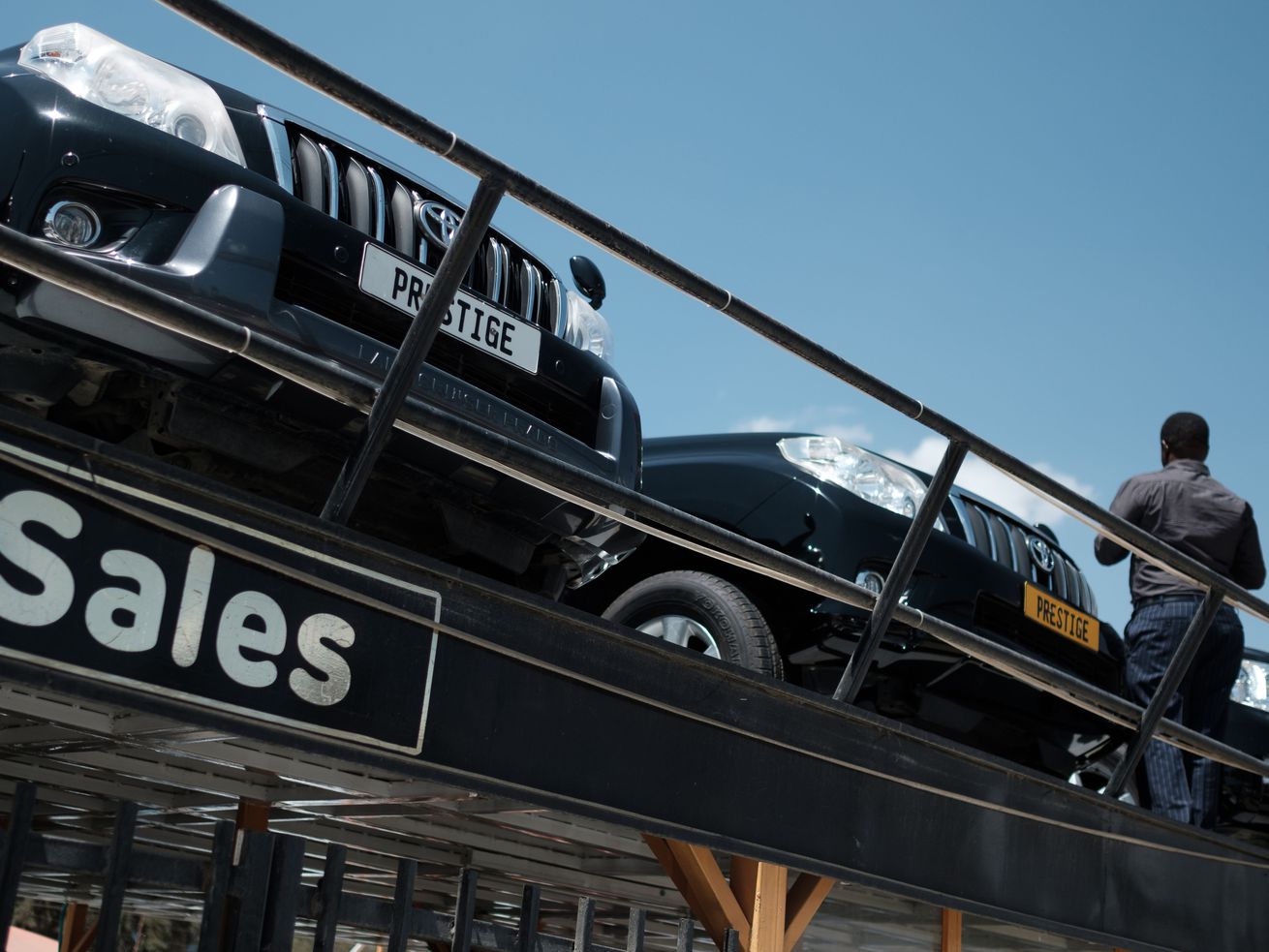 A customer checks out a car at a used car shop in Nairobi in 2017. | Yasuyoshi Chiba/AFP/Getty Images

So why are these cars considered good enough for Africa?

A new report shows that the European Union, Japan, and the United States are selling millions of used cars to developing countries that come nowhere close to meeting minimum safety and environmental standards.

In other words, rich countries are dumping high-polluting cars on poorer ones — which could have disastrous and unjust climate effects.

The report, released by the UN Environment Program this month, found that developing countries received 14 million used cars from the EU, Japan, and the US between 2015 and 2018. 70 percent of this total ended up in developing countries, with more than half sent to African countries.

Many of those nations don’t require strict inspection rules or safety standards, which is how richer countries are still able to export their junk cars. What’s more, those cars rarely adhere to modern-day environmental standards, meaning they pollute more than newer cars.

This is a major problem. The World Health Organization estimates about 90 percent of road accidents occur in low- to middle-income countries, with death rates from such accidents highest in Africa. As lower-quality cars flood into those nations, especially in Africa, the roads are likely to become even more dangerous.

Depressingly, that’s only the short-term concern. The longer-term worry is these dangerous vehicles will imperil us all — by potentially exacerbating the effects of climate change.

How to curb the deadly spread of “dirty cars”

The cars rich countries are sending to poorer ones release more harmful emissions and consume greater amounts of energy than newer models.

That’s especially troubling since two of the exporters, the EU and Japan, have made commitments to become carbon-neutral by 2050. They might reach their goals, but sending problematic vehicles to poorer countries won’t improve dire environmental conditions there. Indeed, less-developed nations already suffer the worst consequences of the climate emergency — like food insecurity — despite contributing the least to global warming.

Sending crappy cars, then, only adds insult to injury.

The UN report’s authors propose a solution to all this. Mainly, they say regulations should be tightened in the next few years, and low- to zero-emission vehicles should be exported by richer countries, not cars adhering to fewer environmental and safety standards.

Exporting and importing counties have a shared responsibility to regulate the quality of used vehicles and mitigate any negative impacts on the environment. Strong implementation and enforcement mechanisms, like new, enforceable global treaties or conventions could add teeth to regulations and compel countries to comply with them.

Such changes require greater international collaboration between the countries that send cars and those that receive them to monitor and regulate the sale of used vehicles and end the practice of “dirty car” exports.

“I think the onus is not only on the exporting country, it’s really a joint responsibility,” Rob de Jong, one of the report’s authors who is Head of Mobility at the UN, told the BBC on October 26.

The goal should be to ensure that all used vehicles sent to poorer nations are secure and clean while remaining affordable. If that goal isn’t met soon, the dual problems of unsafe roads and worsening climate change will continue.

Help keep Vox free for all

Millions turn to Vox each month to understand what’s happening in the news, from the coronavirus crisis to a racial reckoning to what is, quite possibly, the most consequential presidential election of our lifetimes. Our mission has never been more vital than it is in this moment: to empower you through understanding. But our distinctive brand of explanatory journalism takes resources. Even when the economy and the news advertising market recovers, your support will be a critical part of sustaining our resource-intensive work. If you have already contributed, thank you. If you haven’t, please consider helping everyone make sense of an increasingly chaotic world: Contribute today from as little as $3.